Most Girls, Some Girls | Happy IWD 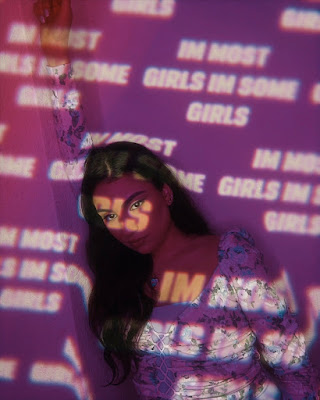 Most girls have the same desires but no two are the same..

Most girls want to go out on a evening walk on their own to watch the sunset.

Most girls want to go out braless without being sexualised.

Most girls want no second thoughts on clothing.

Most girls want to dance with friends under the moon all night till the sunrise.

Most girls pray to get back home safety.

Most girls want to blast music through both AirPods when walking down the street on their own in a late evening.

Most girls want to wear bikinis on the beach without being started at, sexualised or body shamed.

Most girls don’t want to be compared to other girls.

Most girls want to have late night rides with friends.

But we can’t because of you.

Men who have no self respect nor self control.

35% of women worldwide have experienced sexual harassment in their lifetime. with data available on rape, less than 40% of women who experience sexual violence seek help. Less than 10% seek assistance from law enforcement. 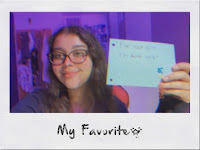 Most girls do not always feel secure for having a female body yet are unbelievably proud to own the art of their own.

Most girls share their location with friends on first dates to feel more safe.

Most girls have to repeat themselves when saying NO.

Most girls don’t feel too comfortable with their uncles, cousins or even dads. Just because they are family doesn’t mean they don’t sexualise their nieces, cousins and daughters.

Few seconds of staring and those 4 words “what are you wearing” says more than enough.

Some girls feel sexiest in a dress and some girls do in sweatpants looking like princesses.

Some girls want to cover up, wear a hijab looking like goddesses.

Some girls want to race while some girls like to pageant.

Some girls want to get married and some girls don’t see the picture.

Some girls want to have children of their own and some girls don’t.

Some girls love to wear make up and some girls don’t at all.

Some girls are white, brown or black, thick, thin, curvy yet we are all one.

No girl is or looks the same but we all have the same battles we fight every new day. 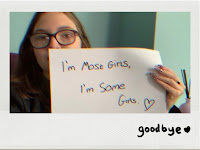 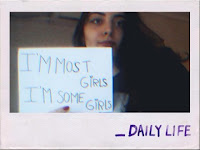 Stop deciding what we can and cannot do with our bodies because you don’t feel comfortable with the female body.

Stop making us feel like we’re crazy when the topic’s about why feminism is important.

Stop telling daughters to be home before 8 and sons before the sun rises.

Stop forbidden daughters not to date and sons to bring a girl home.

Stop educating only girls on men’s behavior to scare them.

Boys can get in situations you are telling your daughters about too.

Stop telling what we can and cannot wear.

“it's to protect yourself'' ''keep your innocent for marring” what about your sons?

Instead of only teaching them how to be a man,

teach and punish them too so they won’t end up like those kind of men you are telling your daughters about, to prevent them sexual harassmenting, assaulting and sexual violence in the future.

Teach him to respect girls.

Teach him doing household is ok.

Teach him not to depend on a girl/woman.

Teach him to have self respect, self love and self acceptence because boys need that too.

Teach him feeling emotional and crying in front of people is ok.

Teach him talking about feelings is ok.

It's more than ok.

Man them up like you trying to woman up your daughter at only 15.

Entourage your daughters to be strong and fearless, to raise their voices and to sing out loud.

Taking the crown from the daughters only to give it to the sons putting them high up on a throne treating daughters like maids like we only meant to produce humans and serve the king.

While men get praised for breathing.

For thinking with their sword. 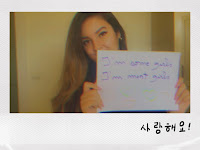 a HUGE thank you to the beautiful girls for being a part of this movement. I love you all so much. Thank you billions for taking the time to do this with me. This wouldn’t be the same without you all. 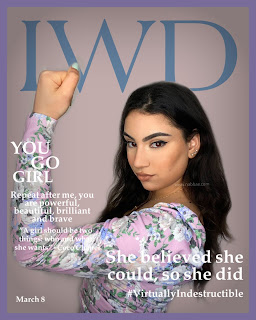 On September 2020, I wrote “Most Girls, Some Girls” which turned out to be my favourite and one of my special writings yet. I wanted to do something special other than just publish it to my blog and leave it at that. I wanted to start a project, a movement. So I did. I waited six months to publish it on Women's Day. In the meantime, I sent messages to some girls asking it they would like to participate and so they did. And this is the end result I'm unbelievably proud of. Hopefully you reading it, makes you feel empowered, makes you realise that you ain’t alone in this and hopefully it makes you also even more proud to be a girl/women that’s all I want to achieve with this. What we go through, what we hear and what we experience each day makes us the most strongest human beings.
Happy International Women's Day to all the incredibly strong, beautiful and hard-working women across the globe and beyond. Each girl/woman teaches me and inspires me in various ways to be a better self and continue to grow as an individual. You lot inspire me so much. I’ll forever stand up and speak up for my rights as a human being with a female body. For my sake and for yours. No SINGLE man or situation will change that. 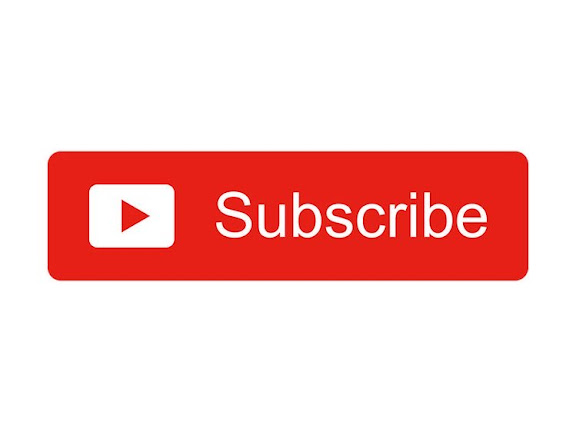 Visit profile
Olaaa!! I am Nabbae and I’m a Fashion Student living in The Netherlands. I’m also a Fashion blogger, Self Love Advocate, Poet and a Micro Influencer. I am the founder of Bae Yorself on Instagram where I talk about the importance of self love and well being which I do in English and Dutch. On here I’ll mostly share a bit of everything. After all it’s called The Outlet. Enjoy 💜💚💙 Instagram: https://www.instagram.com/nabbaee Bae Yorself: https://instagram.com/bae.yorself?igshid=YmMyMTA2M2Y= Tiktok: https://vm.tiktok.com/ZMLqaE3GF/

Translate to your language